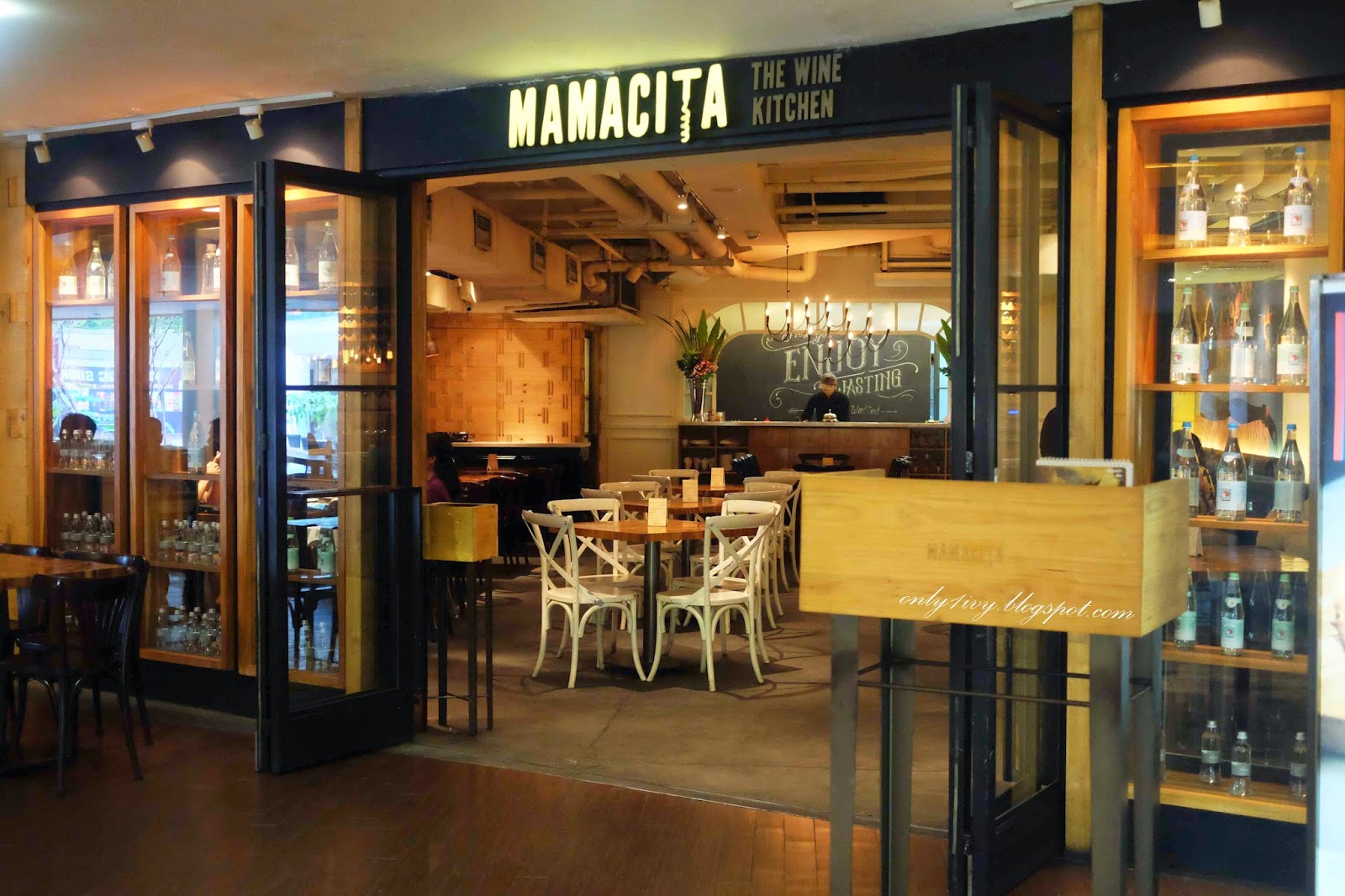 There are always these places that you just aren't really up to try, probably because of the location, the food or the simple but important fact that their marketing just not great enough on promoting the restaurant itself. For me personally, one of the reasons of why I was not that eager to try Mamacita until several weeks ago is more on their location. The place isn't located in an ideal spot as it is inside the Crystal Lagoon at lower ground of Senayan City. Not the area that mostly people will pass by. The quiet surroundings are excellent though for people who wanted a more intimate meals.
Read more »
Posted by Ivy at 1:59 PM 2 comments: 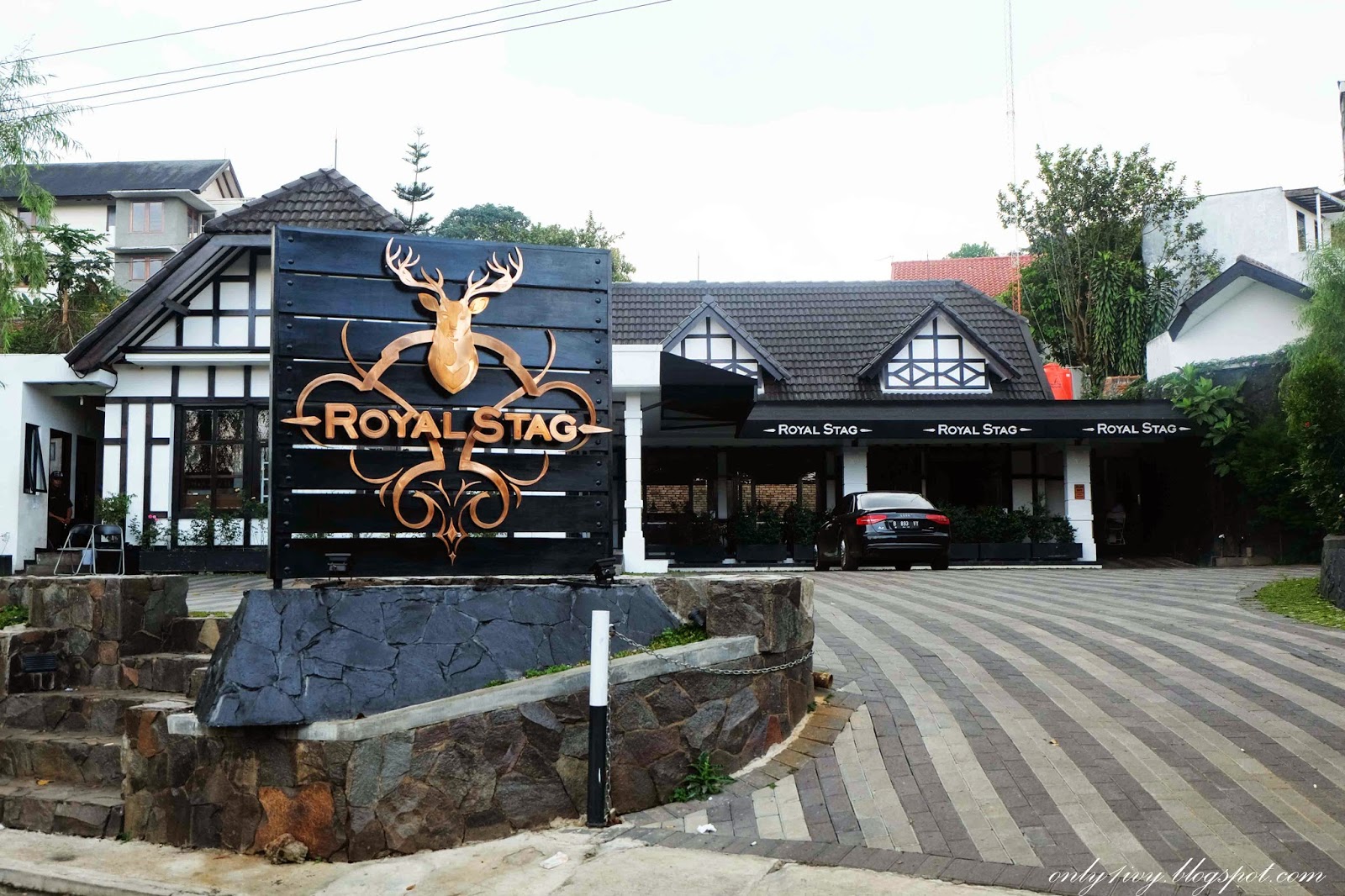 If you are into British culture, The Royal Stag Bistro in Bandung would impress you. It's located hidden from the main street but once you turn into the alley, you will spot the place immediately. It's a big house turn into a classy restaurant. I absolutely adore the whole black and white color.From outside, it looks like a big classic ranch. 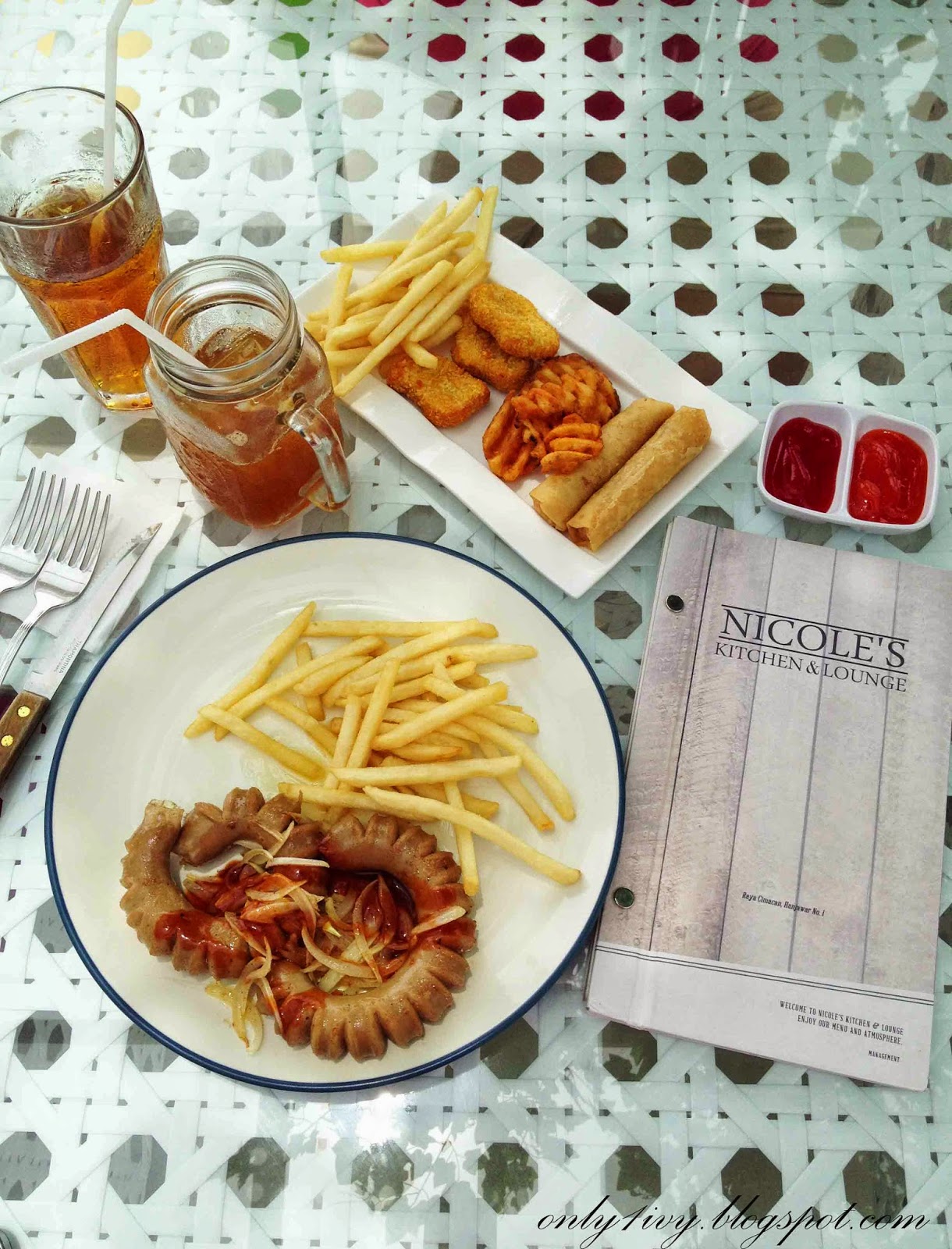 For  a while, Nicole's kitchen and lounge had intrigue me with their beautiful white terrace pictures. So, a few months back, when Mom wanted to go pray at a temple in Puncak, Hubs and I accompanied her and we paid a visit to Nicole's. The location is on the same spot as Brasco factory outlet. It's not hard to find, located at the main street on the way to Puncak.
Read more »
Posted by Ivy at 6:56 AM No comments: 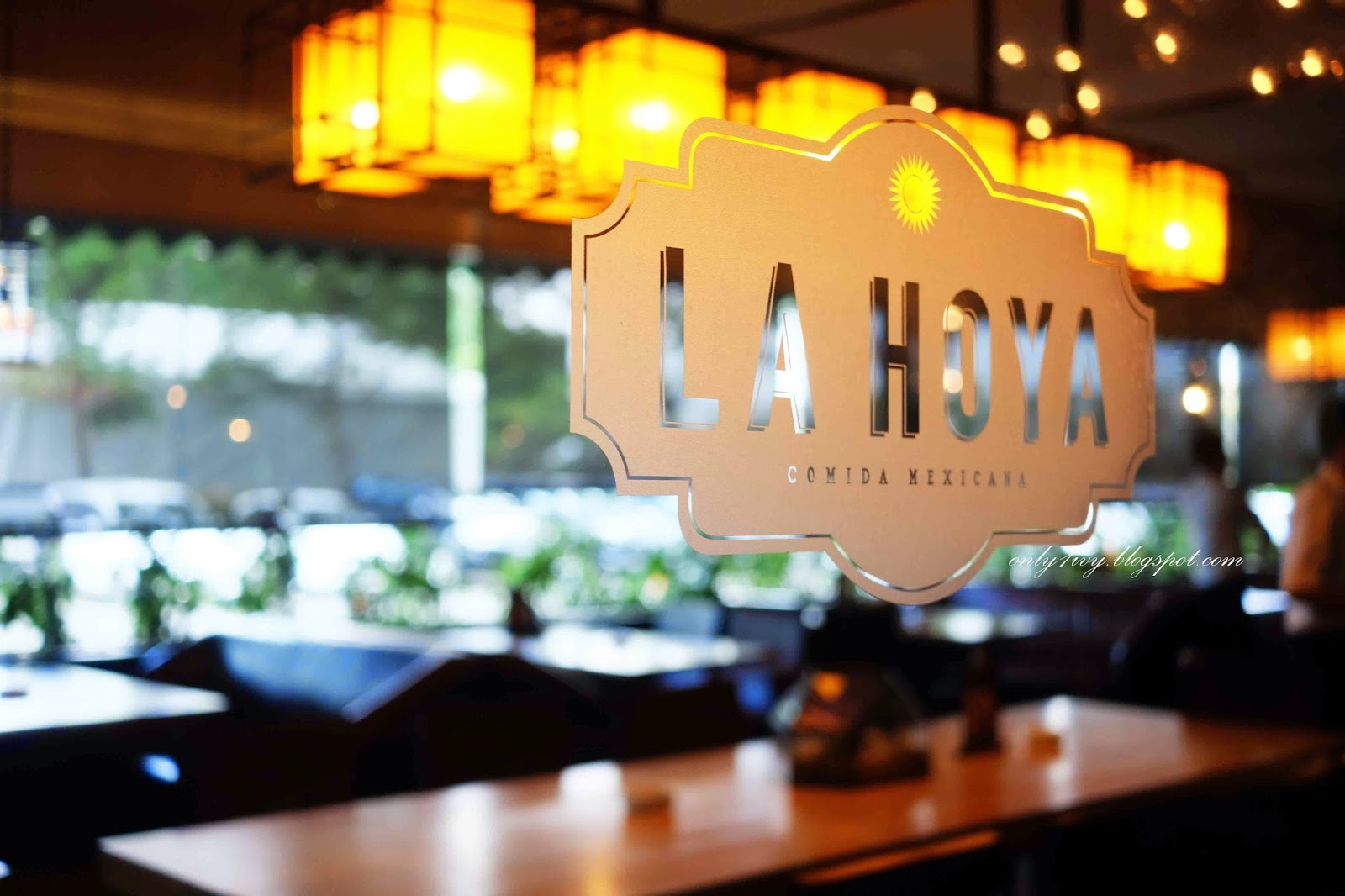 Being a foodie, I find it hard if anyone ask me what kind of cuisine is my favorite, simply because I see goodness in each and every kinds of them. I would probably choose Chinese for my daily comfort food, but I loveeee Indonesian food, nasi goreng and all the sambals always comes as one of my top picks. Then again, I love Italian for their pizza and pasta, Indian food for their delicious naan bread, Korean for almost everything, Japanese as part of me is a total sushi slut and I have to include Western food because who can resist not having Steak?
Read more »
Posted by Ivy at 2:53 PM No comments: 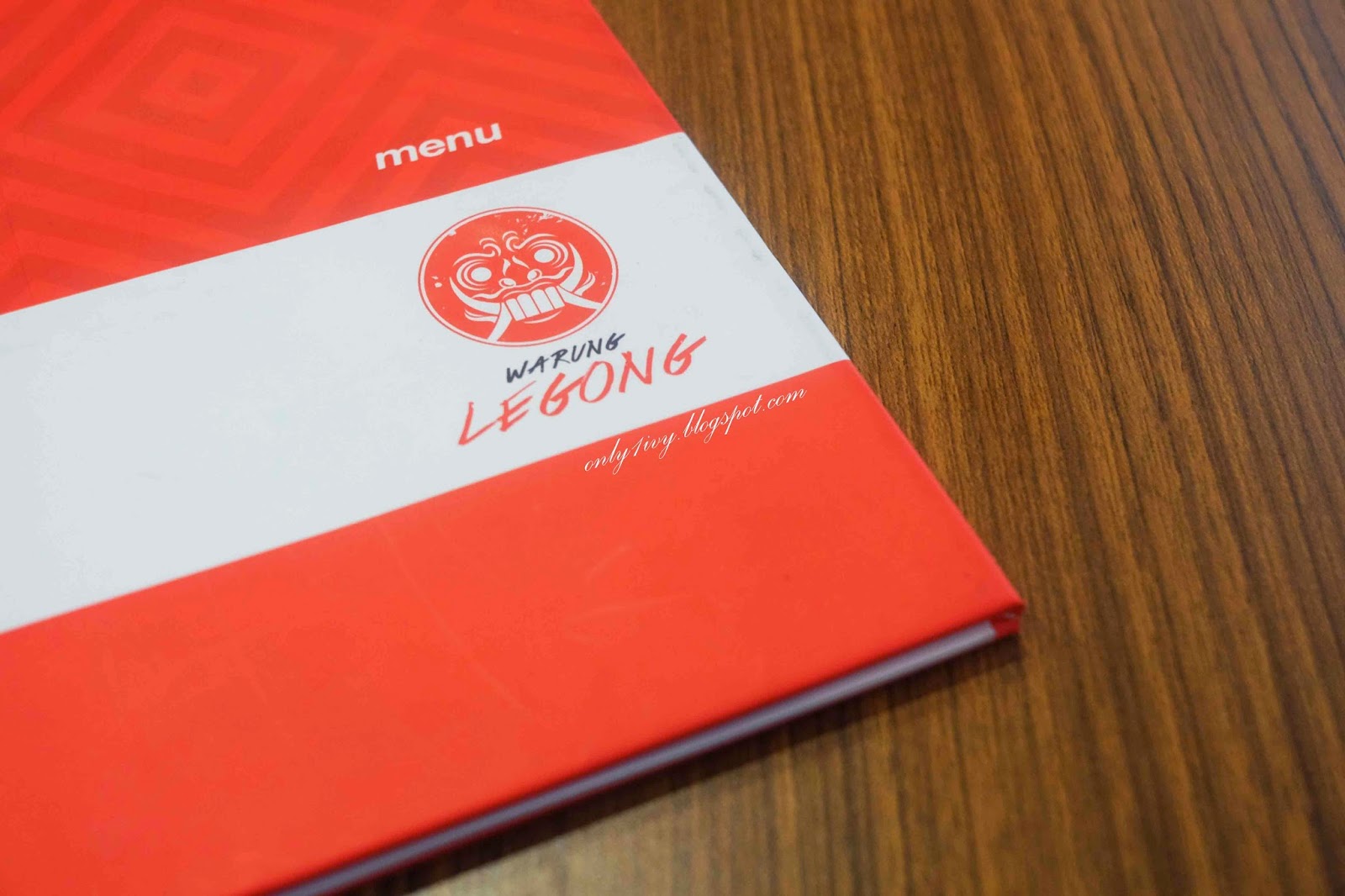 Warung Legong is the newest addition of Balinese food at Pantai Indah Kapuk. If you are familiar with Little Ubud also at PIK or the infamous Nasi Pedas Ibu Andika in Bali, this one shares the same cuisine and concept. With "warung" style system, they serve ready to eat traditional mixed rice in rattan plate. In here, customers could just choose the dish they like, then they will give you a piece of paper with the value of food you choose.
Read more »
Posted by Ivy at 9:23 AM 1 comment: 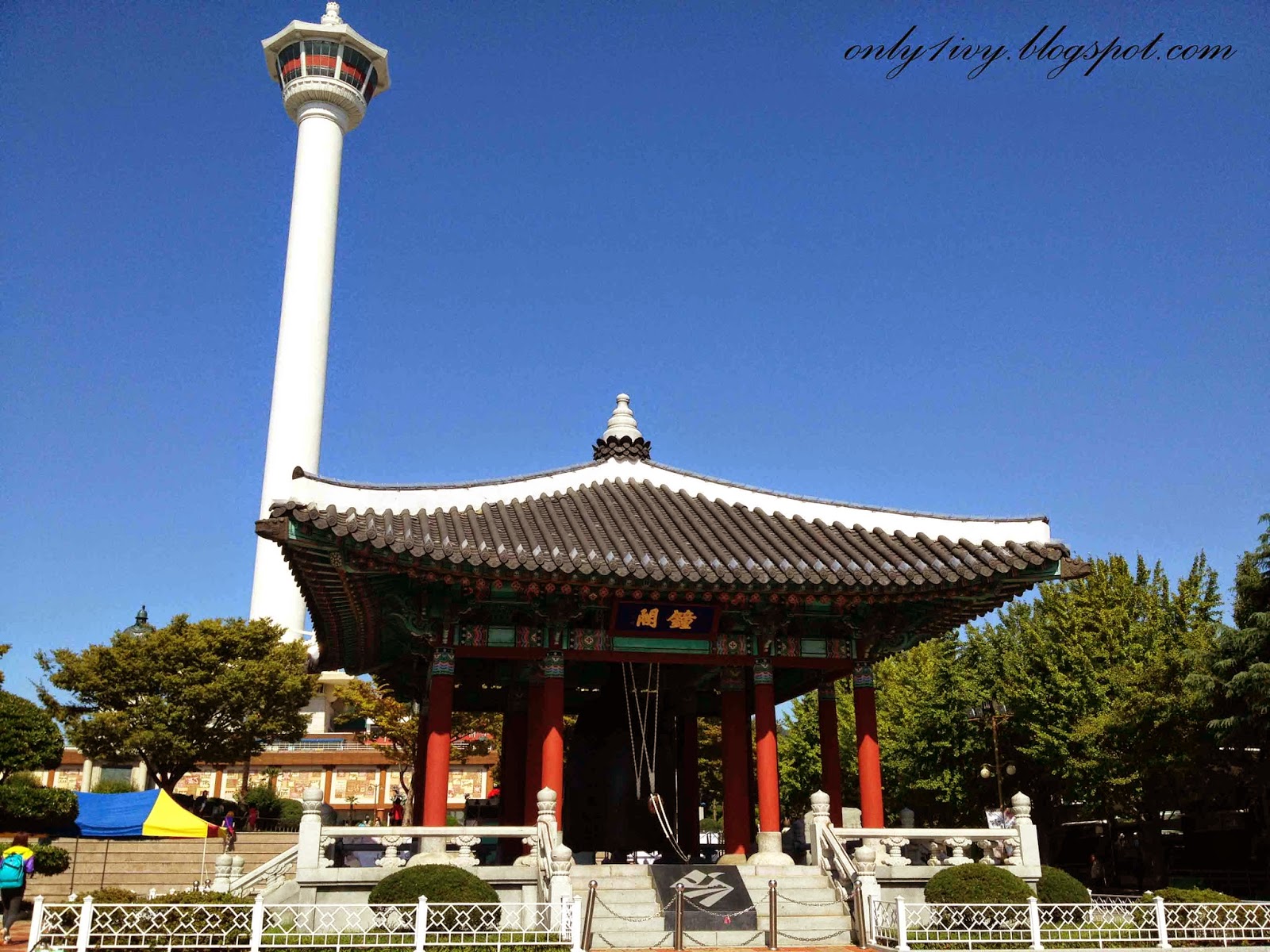 
Today we left Busan and fly to Jeju. It was sad to leave Busan. We regretted how we only spent a day there, but the ticket to Jeju has been bought, hotel has been booked, to make a changes would cost too much cancellation fee. :(
If you go to Korea, make sure spend at least two nights in Busan. The city is just too peaceful, I love the serenity. 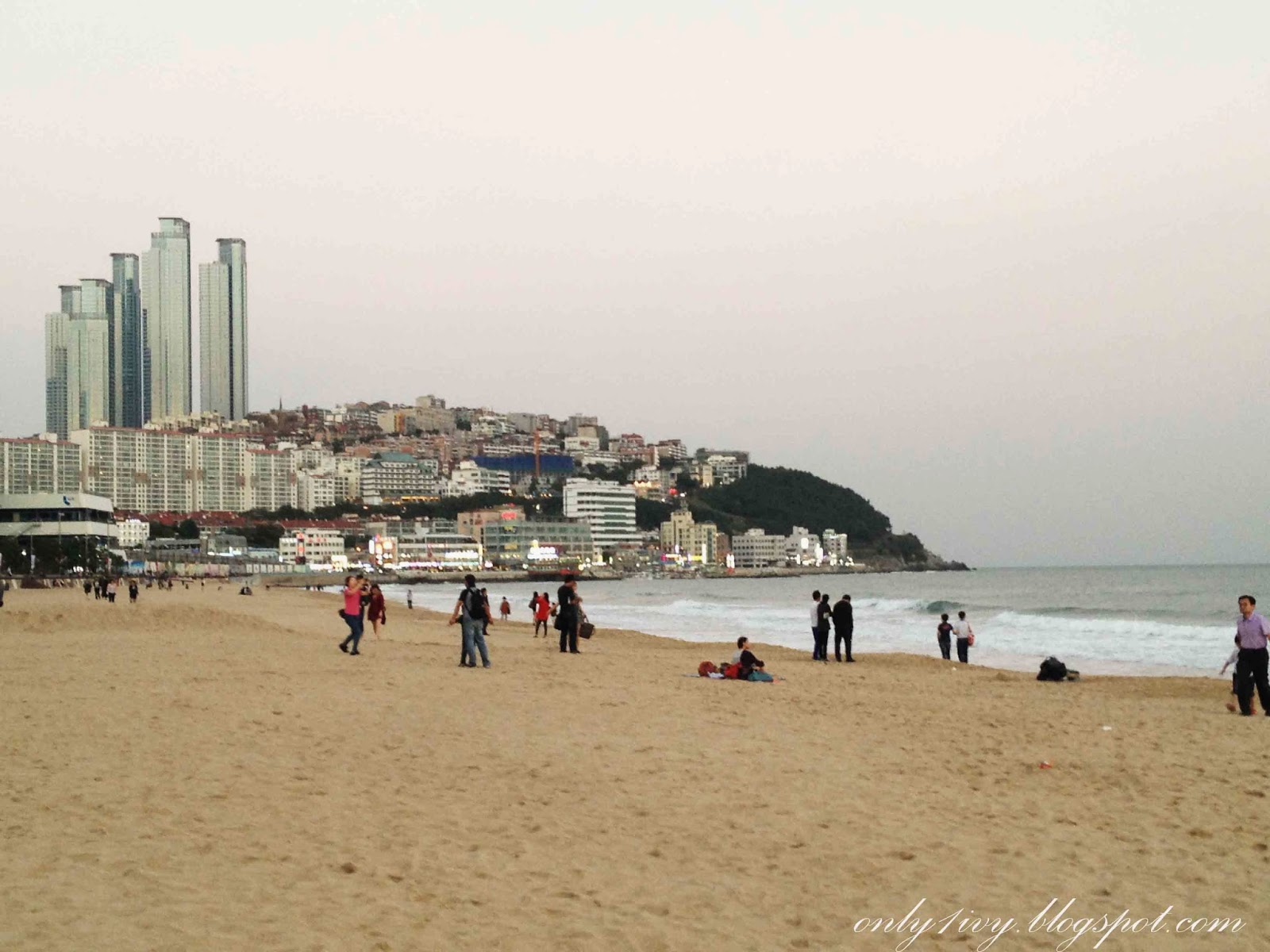 
The next day, we went to Busan. All hotels in Seoul allow you to keep your luggage with them when you take a trip to other cities in Seoul or the frequent place tourist visits, Jeju Island. It's thoughtful so we don't have to drag all our luggage. It's recommended to ask in advance about the keeping luggage policy to the hotel/ hostels before booking though. 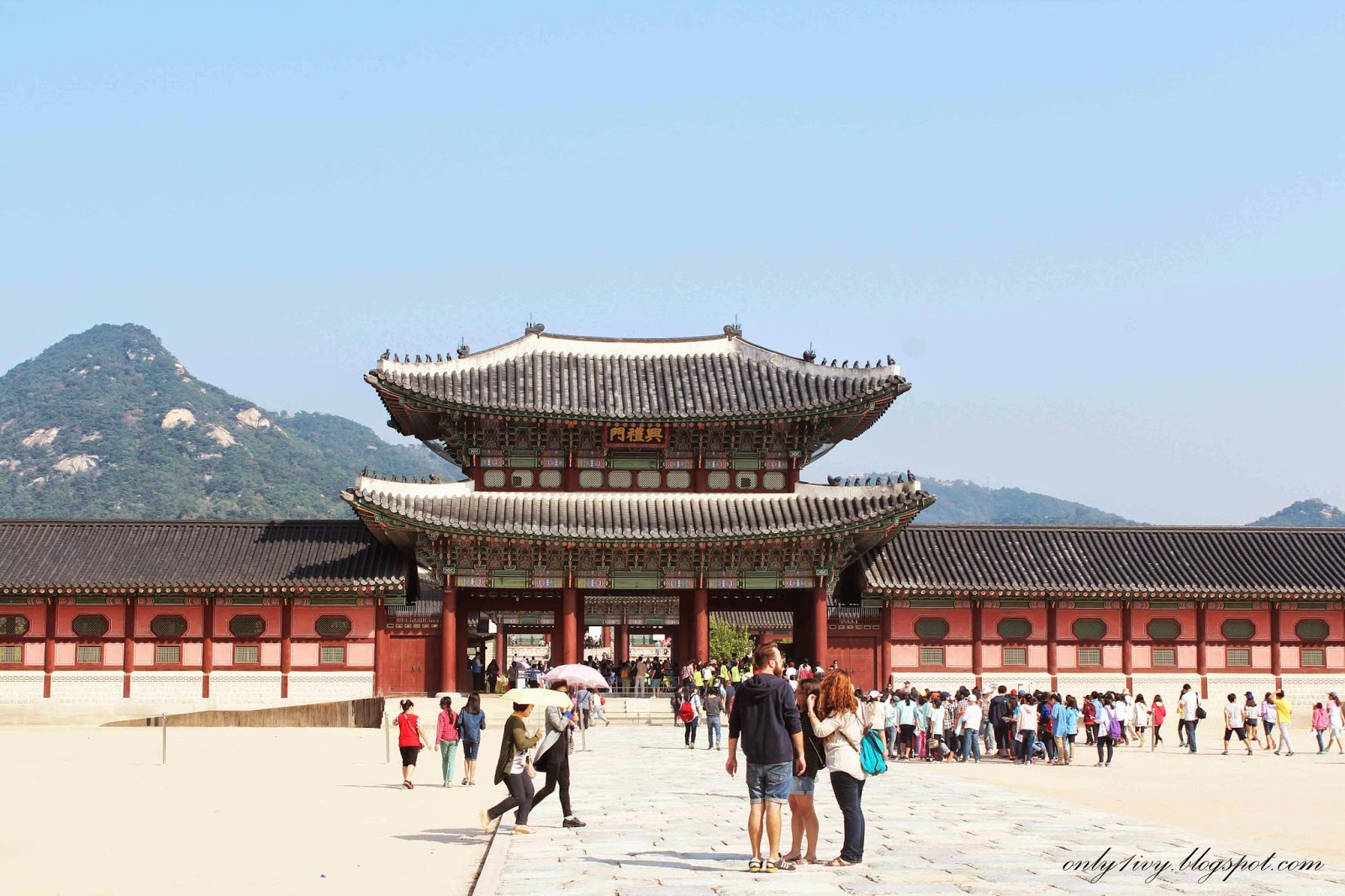 
One of my goals for the Korea trip is to taste as much as possible of their Coffee shops. Not so much on the coffee of course, but more to satisfy my curiosity. Do you know that Korea is one of the country with largest coffee shop chains in Asia? In our entire trip, there are countless of Cafe Bene, Angel in US, Coffine Gurunaru, Toms, Tous Le Jours, and many many more all over the streets. Starbucks? Almost unseen! Yes, it's not a secret that Korea and Japan are two countries who is very much proud of their own local brand. Out of the topic, we almost didn't spot any other car brands at the streets except for KIA and Hyundai. 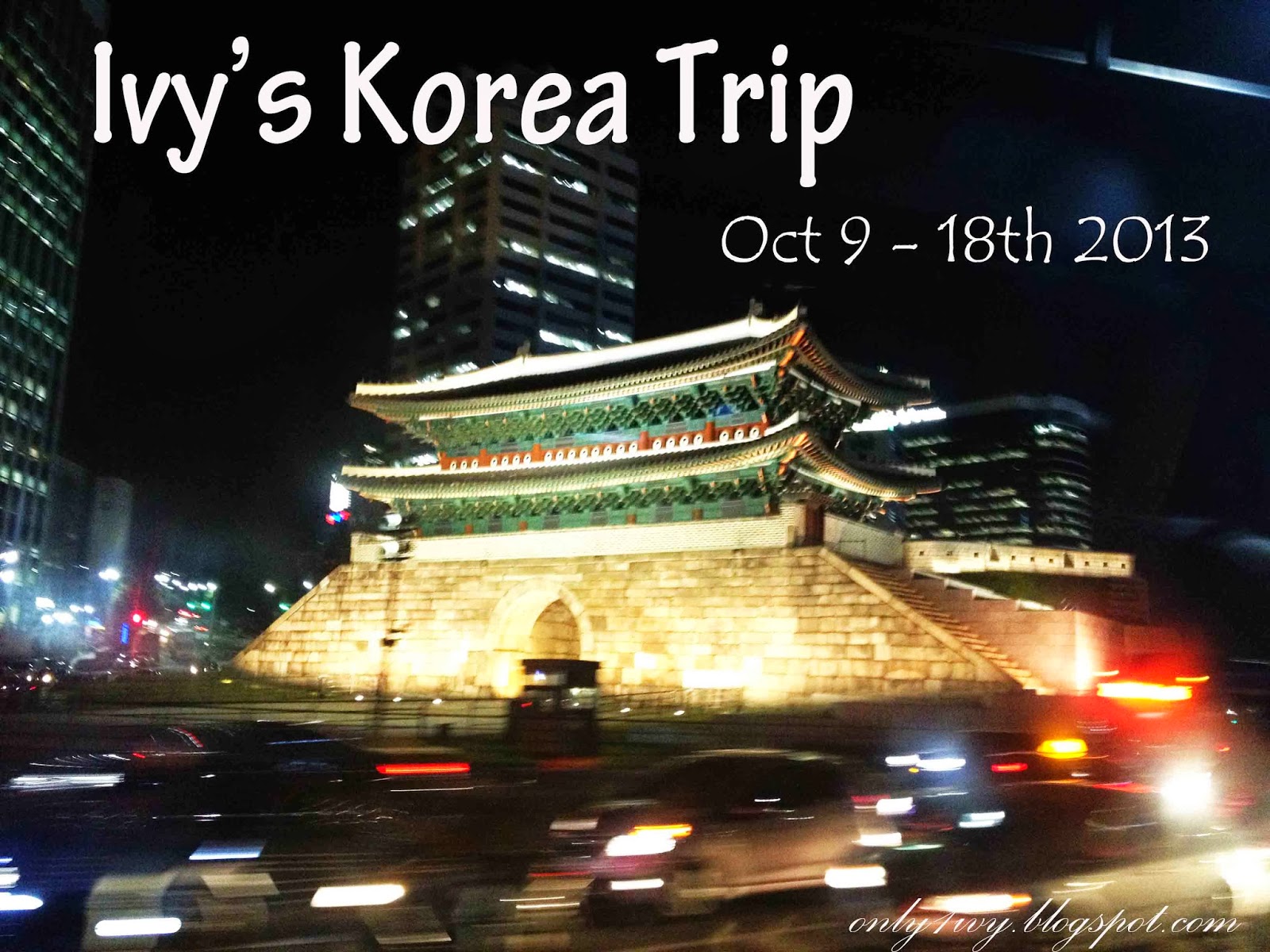 Since our honeymoon back in 2010, I think this Korea trip is the second longest trip we had just the two of us. We travel, but mostly short one or together with the fams. The country was not really our first pick, Australia was, but due to one another reason, we decided to go to Korea and postpone our Oz trip. Honestly speaking, the country might not be our chosen country to die die want to go back but Korea is beautiful, the city is very clean and has this amazing culture. The trip was so much fun for us because we got to be in a quite long holiday just the two of us (something rare), and I always love to go to a new place, to see their culture, to see the place where we used to only see via tv or movies, is just priceless. BTW, if you are wondering, we went by ourselves, I never like the idea of traveling with tour. 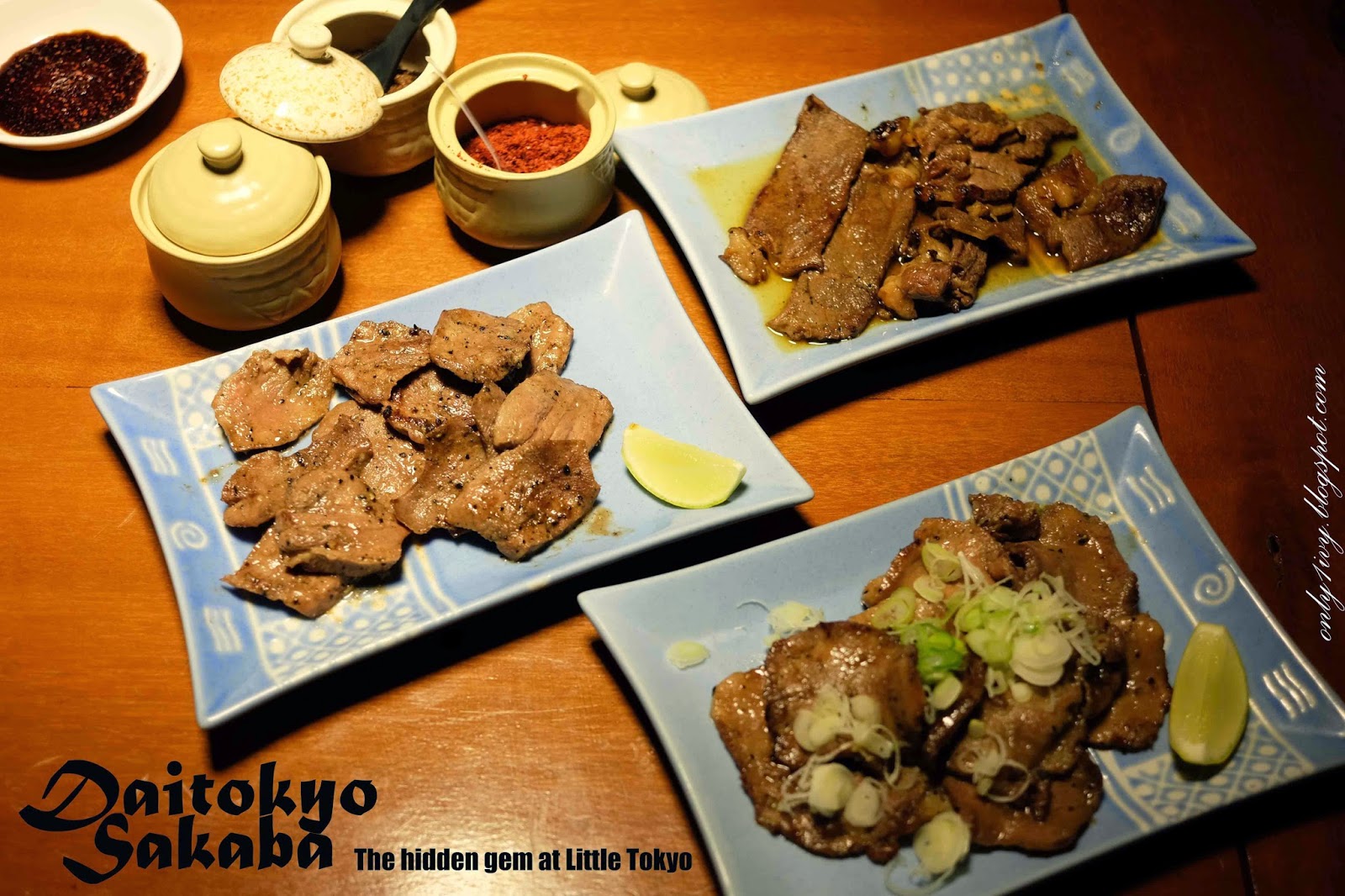 Beyond any doubt, Daitokyo Sakaba is the best meal I've had during these couple months. The Japanese eatery is managed under Daisei group who also managing Ramen 38, Yellow Fin and Kira Kira Ginza. I have always love Gyutan and in my search of finding the best one in town, I stumbled upon Daitokyo, which yes, so far serve the most satisfying Gyutan I've ever had.
Read more »
Posted by Ivy at 1:32 PM 2 comments: 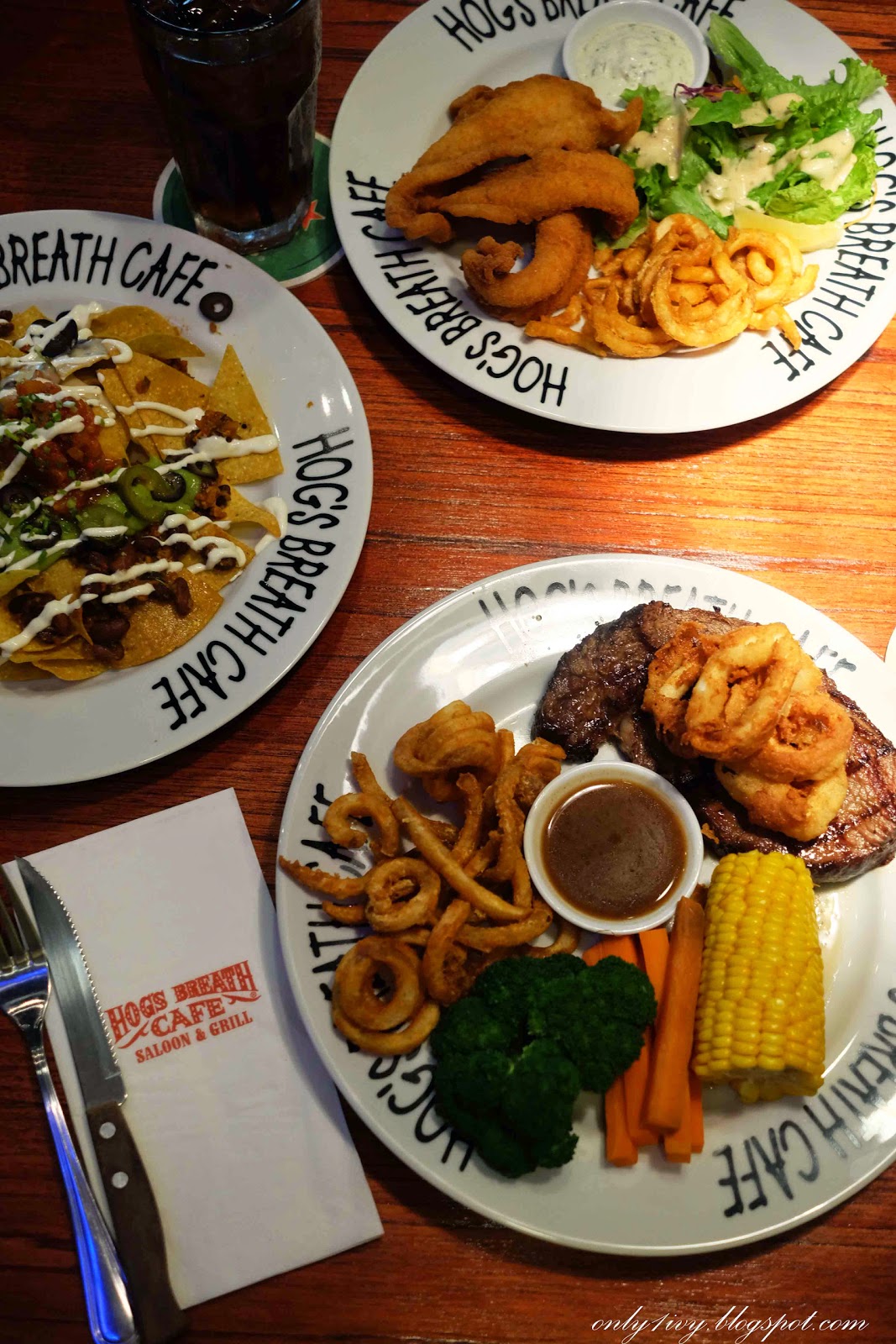 Steak lovers, be happy, coz Hog's Breath, the well known Australia Steakhouse is finally opening their first outlet here in Jakarta! In case you are not aware of the brand, they are huge in Australia with more than 80+ outlets counting since the first establishment on 1989. Their specialty and main focus is to bring the best prime rib steaks for the customers. Along the years, they complement the signature dish with other variety of menu, making them one of the place to go for meat lovers. 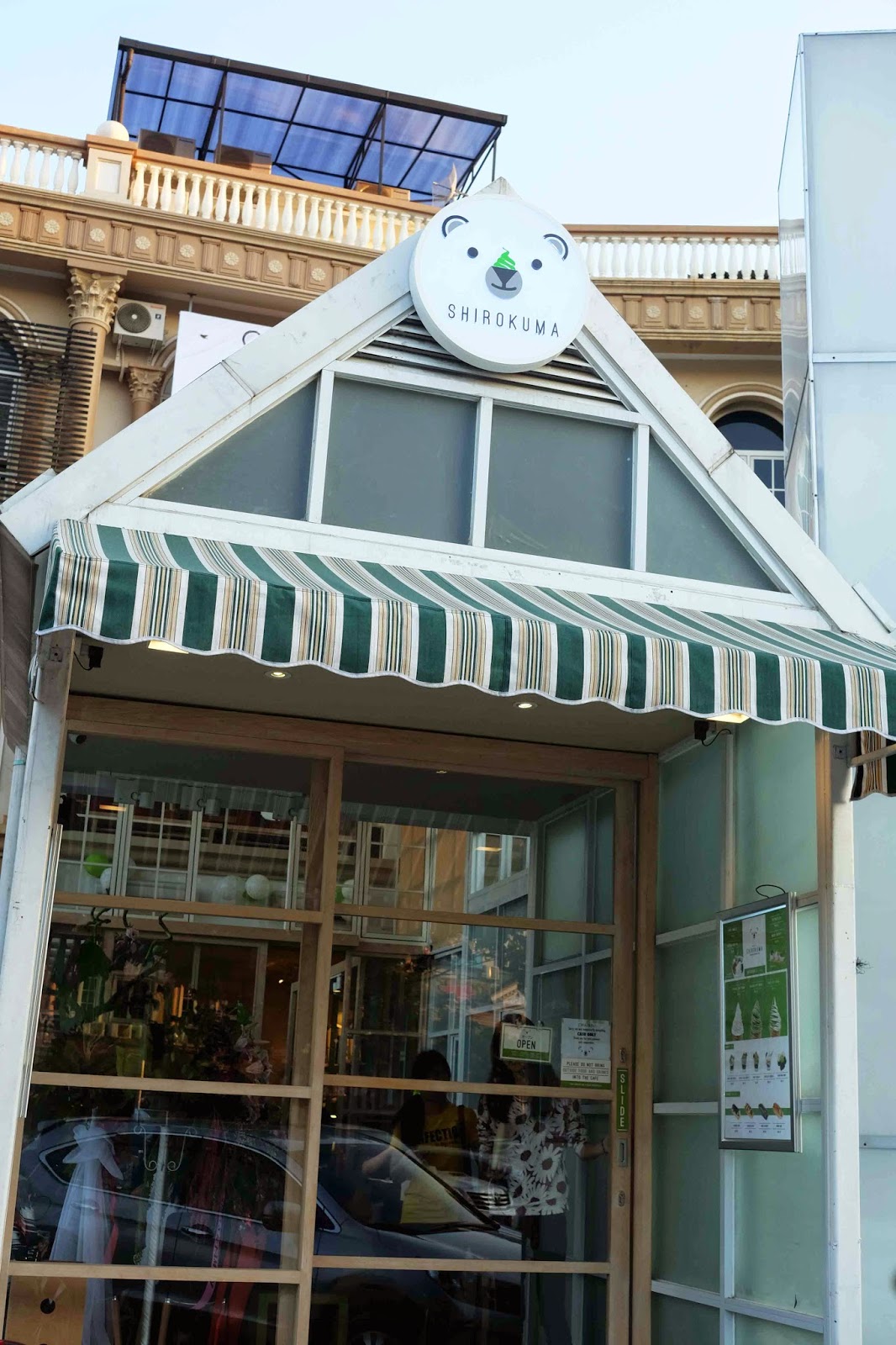 Being someone who doesn't into any kinds of matcha, my visit to Shirokuma was really more on satisfying my self curiosity over the new kid on the block. But I'm glad how I turn out to be enjoying the desserts a little bit more than what I expected. When I was there several days ago for a foodie date, I was surprised to find how packed the place was during our visit. We barely got seats! On Tuesday noon! It was shocking to learn how there are huge serious matcha lovers here in Jakarta! 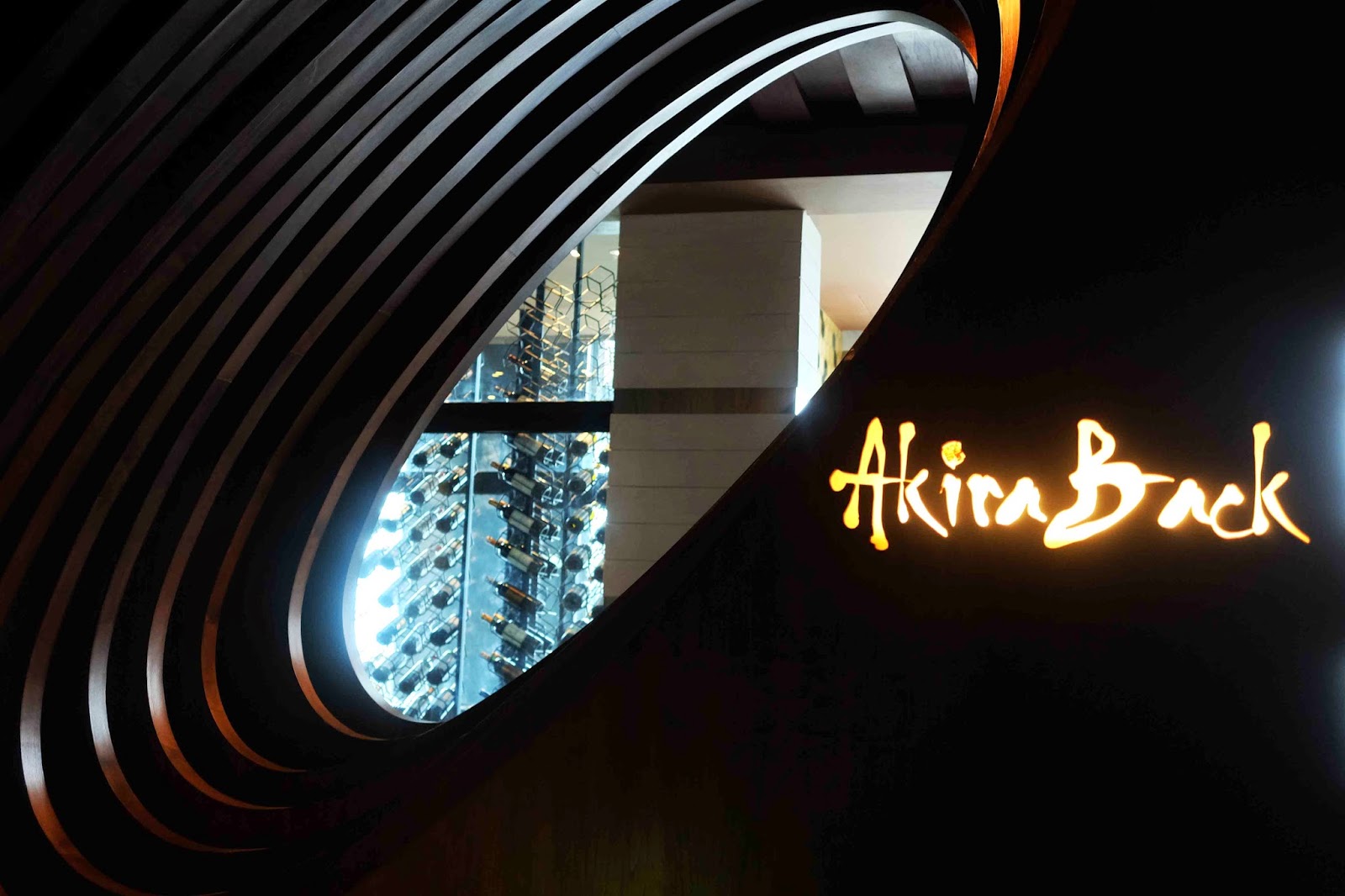 Akira Back is the current most happening new restaurant in town, centered on mixing flavors of Japanese and Korean cuisine. The restaurant is headed by Chef Akira Back, whose been named as "Best Chef in Las Vegas" for its Yellowtail Japanese restaurant, their presence here is a serious statement of how the F&B industry in Jakarta is rapidly growing.

Let's vote! For a Better Indonesia 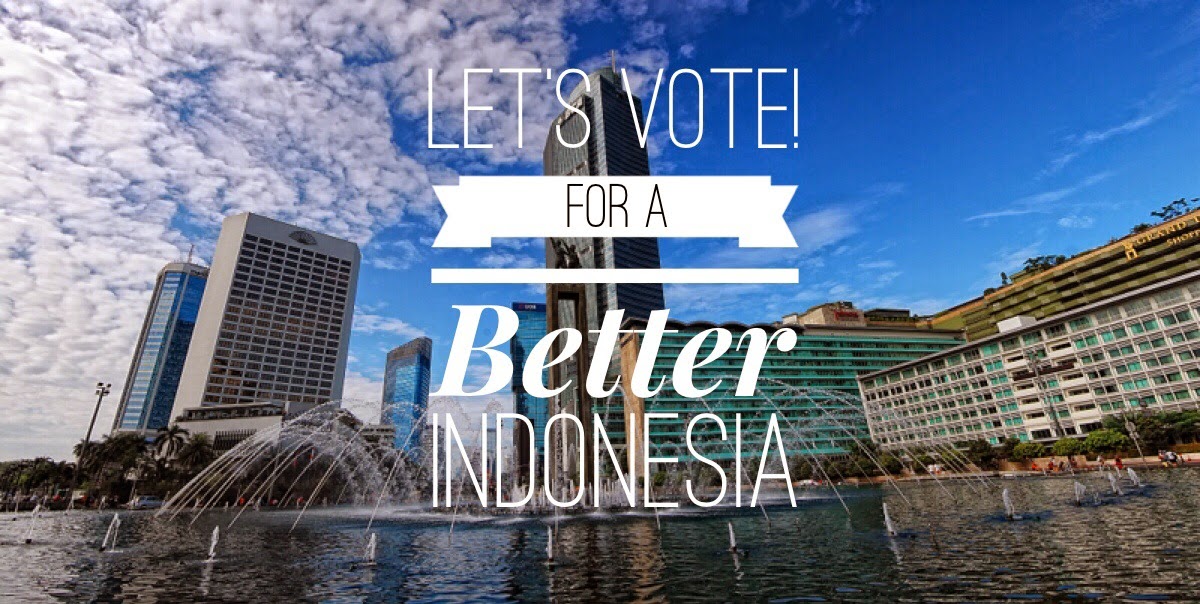 July, the election month is here and I'm taking this moment to leave foodie notes aside and share my thoughts on what's on my mind lately. I'm pretty sure many of you noticed on how different this year's presidential campaign. For months, news and social media are filled with updates on the issue.

I had the legal voting age over a decade, but never once I even care to vote. For any election day in Indonesia comes to me as no more than an excitement over a public holiday. Shame. But for so many years, I didn't see any hope how the country could move forward the massive corruption that's been around for so long. This round of presidential election is the first one when I really do care to use my vote. Why? Because I finally see hope for things might change, for somehow Indonesia could be a better country for our next generation.


Since the start, I have known for sure which presidential candidate got my vote. I wouldn't be a hypocrite to say that I don't wish the others vote for the same number as mine, but I never once and never will force others or throw negative comments towards other team. For me, the presidential vote is the same as everyone's free choice to choose their religion. It's about someone's faith, someone's choice. If one person believe his/her choice is the best, even if it's against ours, who are we to judge? Or even worse, who are we to even force them to follow our choice.

I wish people would be able to see the bigger picture, that in the end, all we want is someone who will lead Indonesia to be better, so whoever win the election, let it be accepted in peace and trusting him to do the job.

On the other hand, I honestly think if we want our country to change, we also need to change. Start with using our right to vote and respect everyone's choice without any negative action. Please don't let your vote abstain based on the thought of one vote doesn't really matter, cause it's wrong! Even a single vote could make a difference!

PLEASE USE YOUR VOTE ON JULY 9th. FOR THE SAKE OF OUR COUNTRY, FOR A BETTER INDONESIA.

Thank you so much! 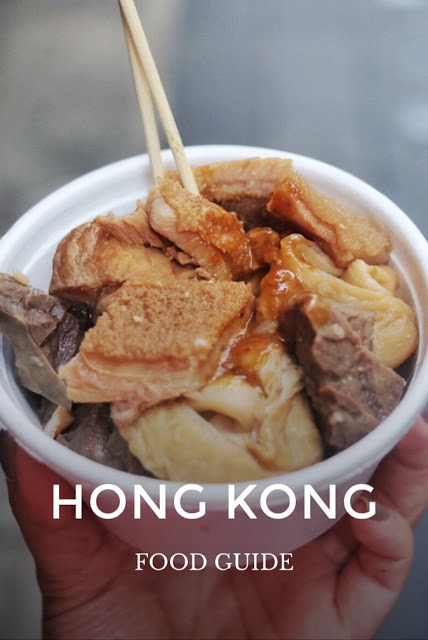